THE SLUMS IN NAIROBI: A LIVING HELL

Nairobi is a metropolis of 5 million inhabitants, and 60% of the population live in the 110 slums that surround the city center. Here, the rate of AIDS infection grows from 12% to 60% and mainly affects women and children. 26% of children between the age of 5 and 14 work in inhumane conditions: 12 hours a day for less than 2 dollars; we are talking about 300,000 children – of which 60,000 live out on the street, the so-called “street children” – and around 6,000 of them work in Dandora dump, the biggest open-air dumpsite in Africa and the most polluted in the world.

More than 2,5 square kilometers of land are covered in waste and garbage inside the homonymous dumpsite, which is bordered on the east by the slums of Korogocho, one of the main ones in the north-east suburbs of the Kenyan capital, Nairobi. Every day, 850 tonnes of waste are thrown in the dumpsite and hand sorted by mothers, kids and men, then differentiated and sold for less than 15 schillings per kg (less than 10 euro cents).

A wide expanse as far as the eye can see, steamy, stinking, colored by colorful plastic bags which, as the wind blows, swirl in the sky, accompanying scavenging birds who are in search for food in the trash. A universe apart, with its own intense life: people leaned down on mounds of trash, filling bags with waste; animals, dogs, hogs scratching around in the garbage; trucks dumping waste; unplanned roads, traced by the relentless walking of millions of men, women and children which are plodding on misery; temporary shelters made up of rags hanging from sticks; smiling children running and playing on the edge of the garbage. 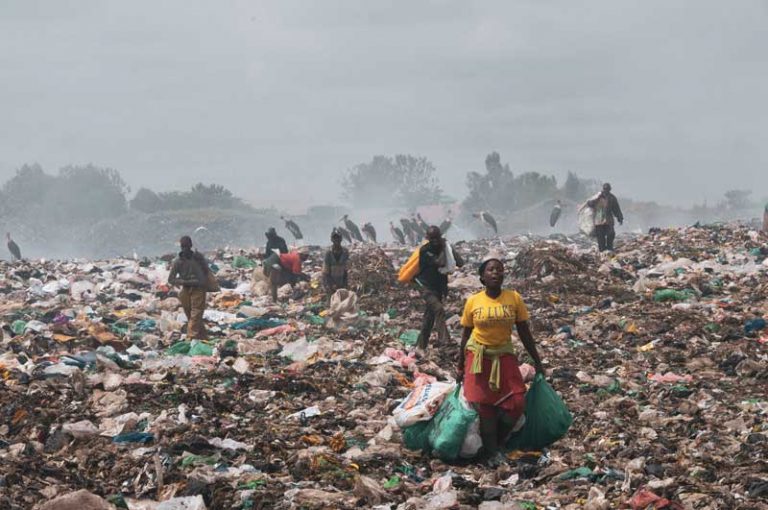 KOROGOCHO AND DANDORA: THE SLUMS IN NAIROBI WHERE WE HAVE BEEN WORKING FOR MORE THAN 15 YEARS 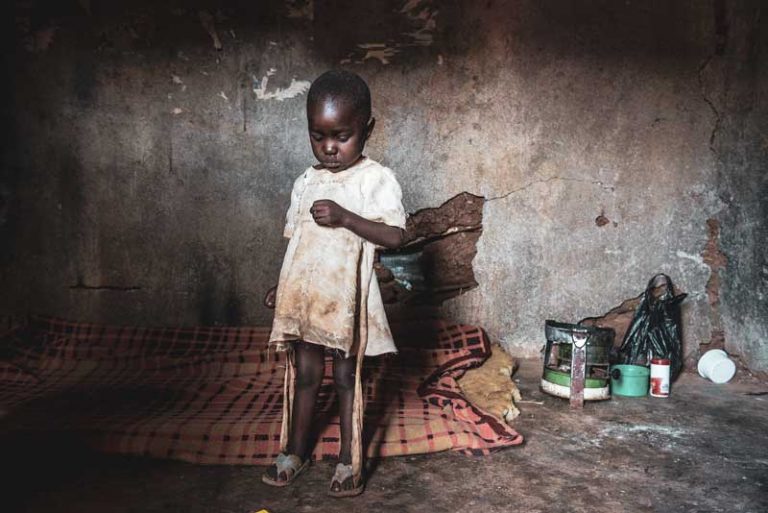 The two slums in Nairobi, Korogocho and Dandora, together with the ones of Kariobangi and Mathare, grew in the 60s – 70s in the north-east side of the town. They are inhabited by around one and a half million people, living in crumbling houses and metal sheet shacks which often have no electricity, sewage or running water.

That conglomeration of slums in which 3 million people are living – or rather trying to survive – is surrounded by the uncontrolled and senseless evolution of the African megalopolis which builds, a few hundred meters away from the slums, extra-luxury malls and highways, realized by China in behalf of the Kenyan government.

As soon as entering the slums, you get struck by a reality which will forever remain vivid in your memories. For a Western people, it is almost unimaginable to live in such a place. The first impression is as sour as the smell that hits the stomach. A smell of waste, left to rot under the sun for days, for years. A smell of excrements, of stagnant water, of a river which is the sewer of Nairobi’s slums, where every refuse is thrown. A smell that constantly follows you and never goes away, even in the memories. Shortly after, you get stunned by the view: dirt and waste are everywhere: a dumping almost stripped from every organic residue; everywhere there is plastic which will never die. The gaze is lost in an infinity of metal sheet shacks, some of which are made of stone, in which even 10 people may live in a few of square meters (ten, to be exact). In the slums in Nairobi, people survive with no hygiene, no water and no electricity, crammed to excess in very small spaces.

It is surprising to see smiling faces, people normally occupied with daily chores: a woman who vigorously washes clothes in a plastic bucket and hangs the clean ones in a dirty street, another woman that neatly sells bananas and mangos while seating on the street, men showing their goods – all second-handed and often found in the dumpsite – in small shops made of metal sheets, and kids, a lot of kids that play, roll and run around in the mud, in the garbage and dirt. They are all dressed in every way and color, they are happy and willing to live and, unfortunately, they are too often sick, even severely ill, because child mortality here is still high.

Dandora dumpsite is located between where our two schools are, one in Korogocho and one in Dandora, attended by around 3,000 kids – all wearing red pullovers. The kids are proud of their uniform, worn both in winter (which can be harsh in Nairobi, at 1700 meters high) both in summer. From kindergarten to middle school, our schools guarantee the kids meals, education, medical care, social assistance and protection. 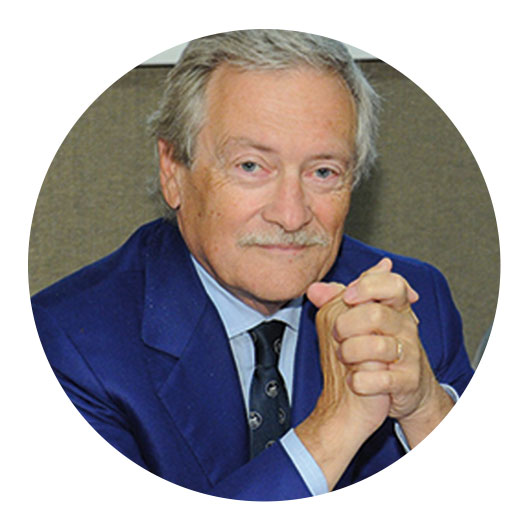 OUR RESPONSE TO THE DENIED RIGHTS IN NAIROBI’S SLUMS

In the slums rights are denied and trampled, in particular for boys, girls and women.

And we are trying, with concrete actions, to offer any solution to their terrible condition. 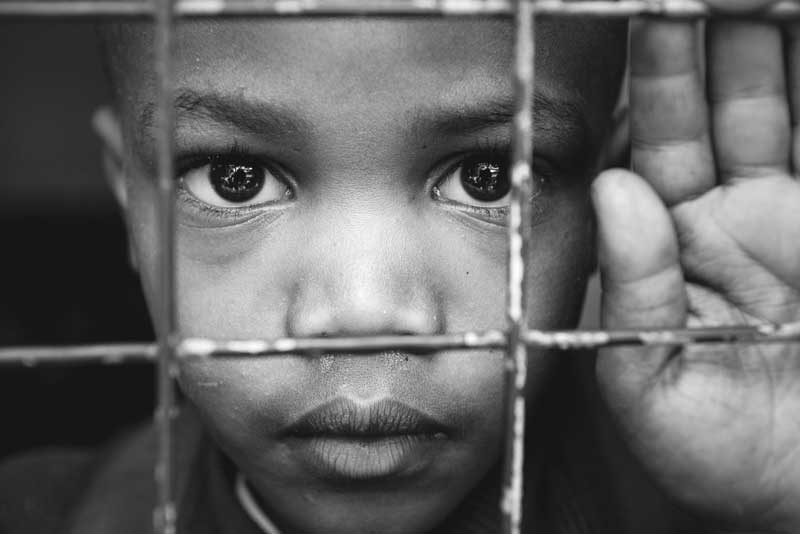